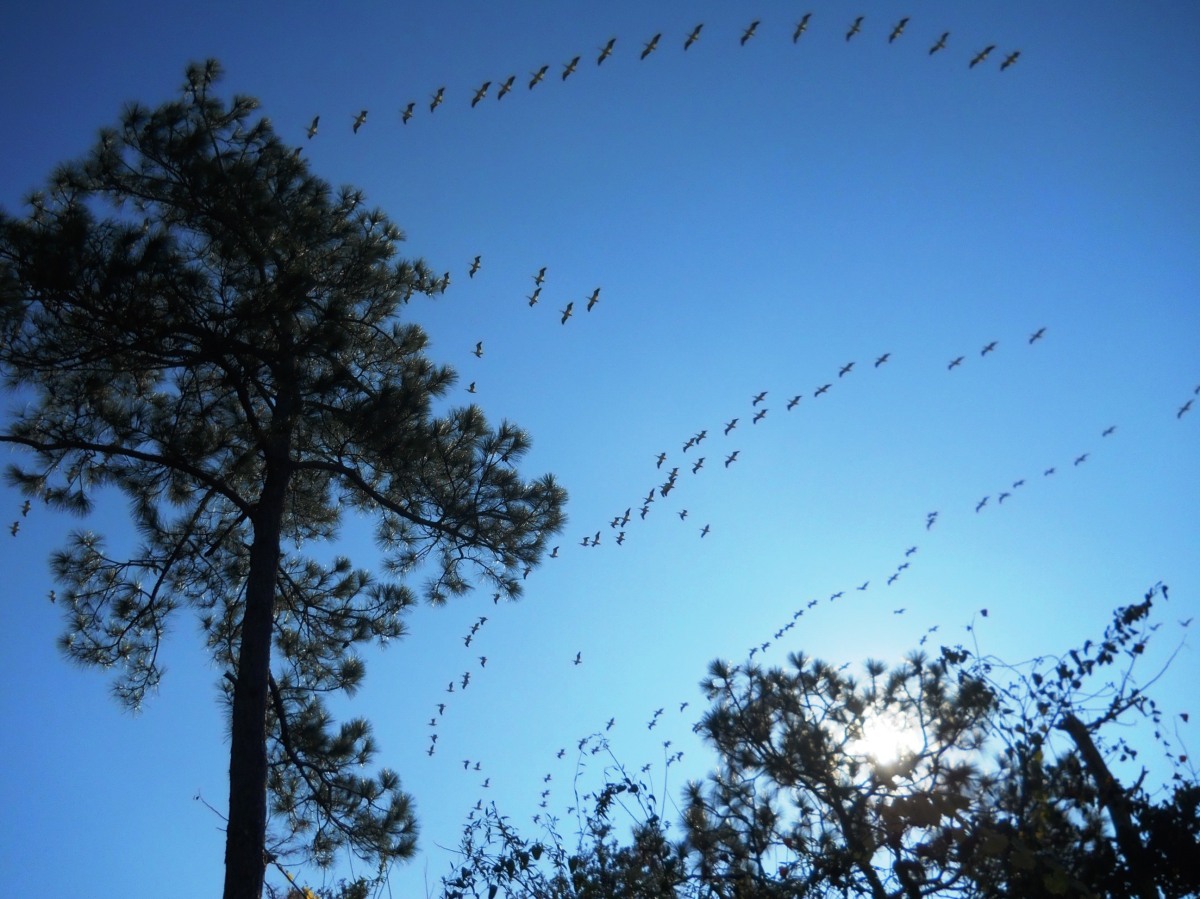 (Photo depicts winter migration of the over The Way)
The American White Pelican is one of North Americas largest birds. They breed on large inland lakes mainly in the western U.S. and western Canada, migrating through the West and Midwest, wintering in the southern states and southern coastal areas. It is all white with black flight feathers and an orange bill. They feed by dipping their bills into the water and sieving out the small fish; this is sometimes done by groups that seem to herd the fish. (The Stokes Essential Guide to the Birds of North America, 2014)